The past week has been super interesting. I went from the heat of my final days in the desert (so hot that we all took a break from 11:00 a.m. to 5:45 p.m.), to a late season snowstorm in the Sierras. The first several days I traveled over two passes close to 10,600 feet each. I encountered snow in large amounts for three days straight and only covered  42 miles. As I’ve said before, the extremes in weather are just wild!

Here are a few photos from my final days in the desert before hitting Kennedy Meadows. I also passed the 1/4 complete mark with a few of my small desert friends close by. 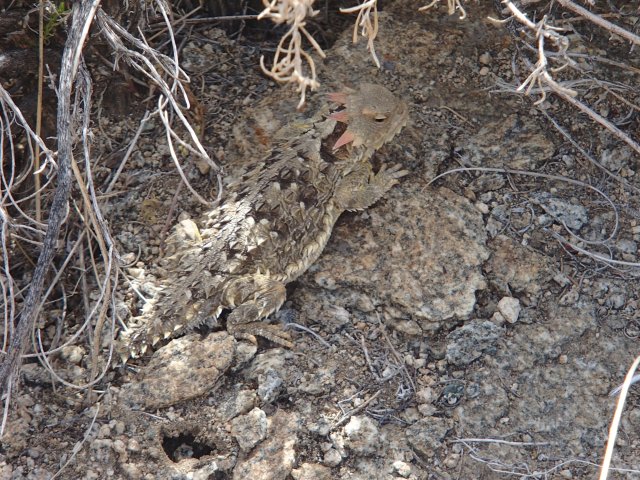 I’ve slept in the middle of the trail several times over the years, but this past week was the first time I’ve ever been awakened by night hikers. Thank goodness I knew both of them pretty well, Ninja Tank and Stampede. The next day we met Goaltech going south bound. He was section hiking the PCT and giving out trail magic to all the north bounders. 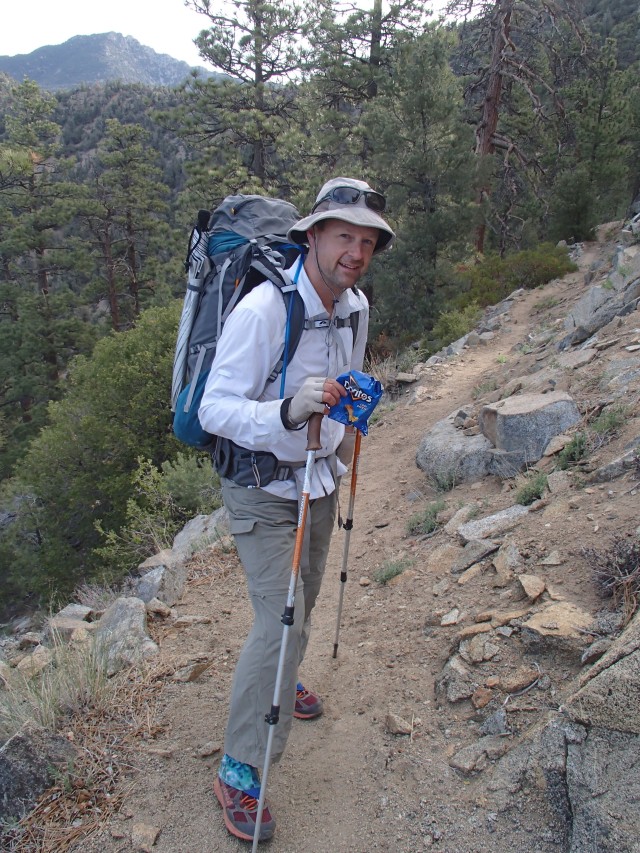 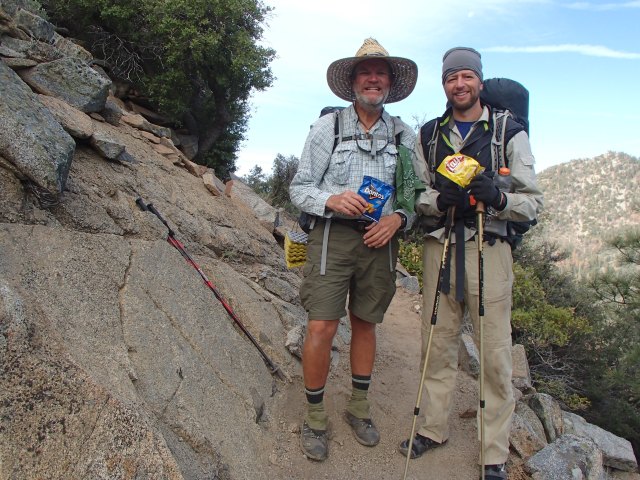 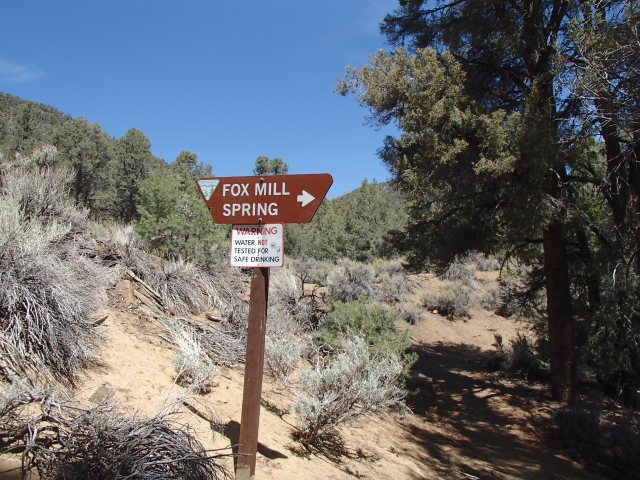 Below are a few photos taken just before I arrived at Kennedy Meadows. I did around 33 miles that day to get there. All the young guns were pretty impressed that an old man like me could pull those miles. I was told they had Coors waiting for me! 🙂 I enjoyed hanging out around Kennedy Meadows for the day. 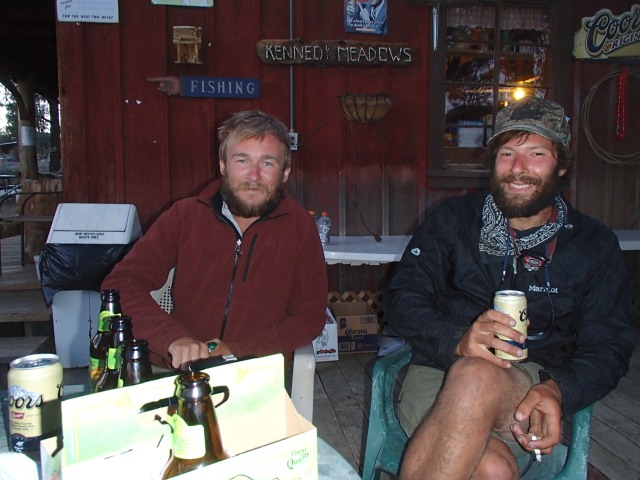 I caught Zissou jamming on the guitar below: My first three days in the high Sierras were EPIC! Snow, Snow and more Snow! What an adventure to say the least! My tarp tent almost didn’t make it through some of the harder snow falls. Thank goodness the snow slacked off so I could make some adjustments and remove some of it…my tent was collapsing around me. 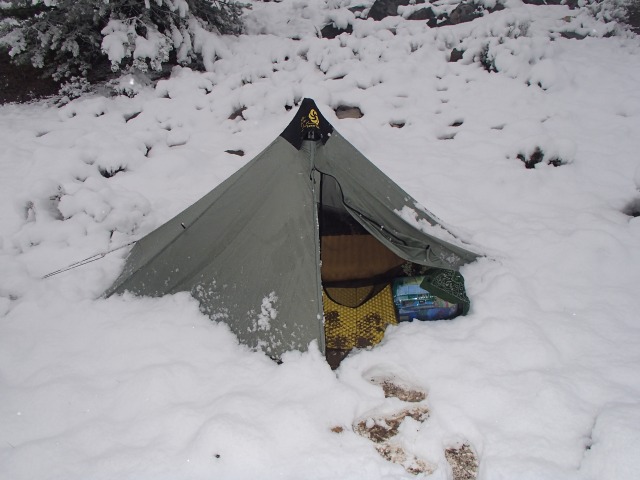 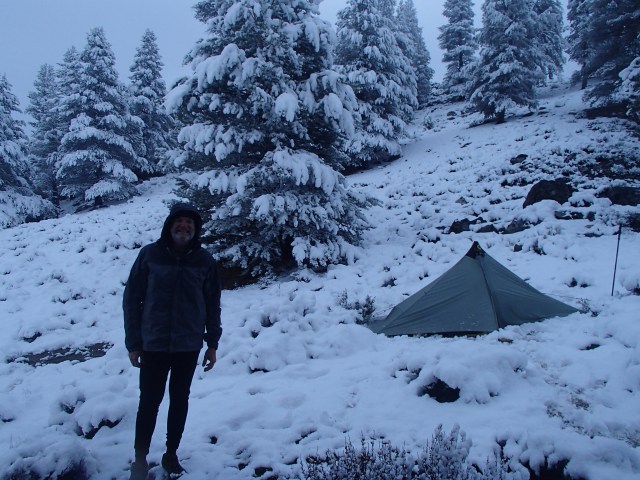 During second day of the snowstorm, I enjoyed hiking with Zissou, Ninja Tank, Lee, Red, and Daniel. 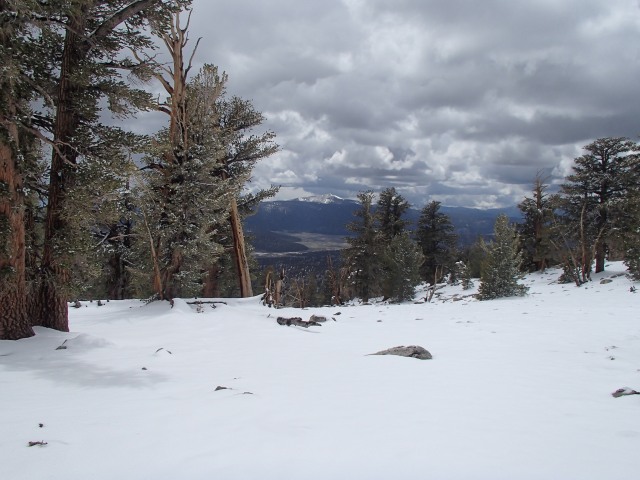 Our ride down this morning from the Horseshoe Meadow Campground (1.7 miles off trail) to Lone Pine was in a very nice Mercedes Camper. The owner was a former PCT hiker himself.

This entry was posted in Trail Updates. Bookmark the permalink.